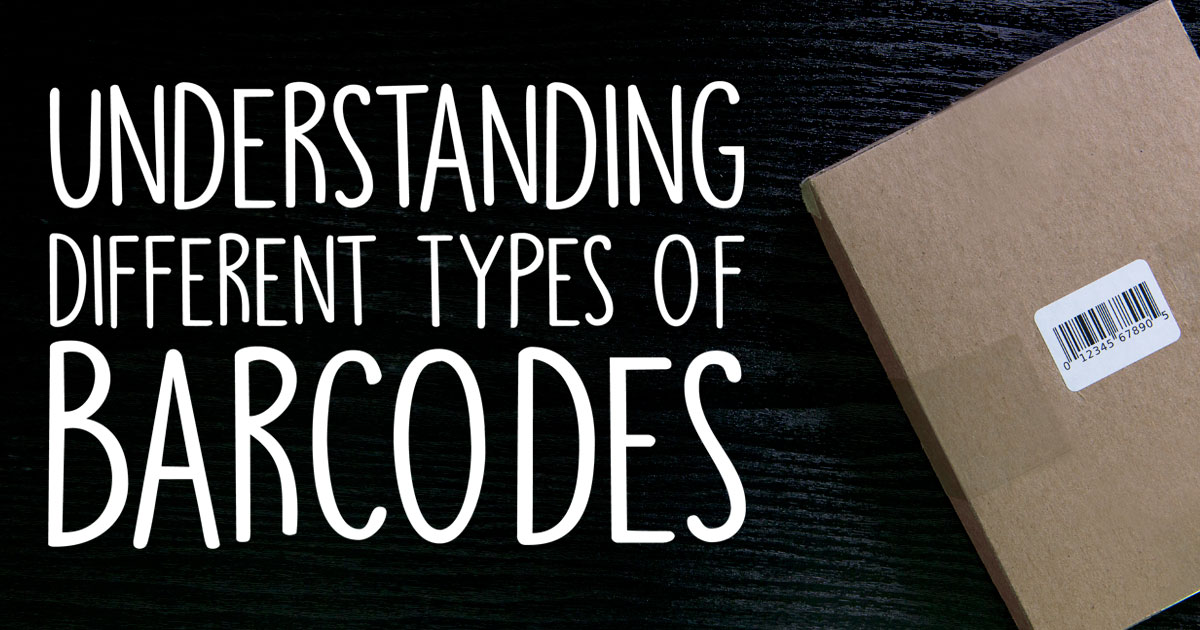 You've seen barcodes on everything from food items at the grocery store to patient wristbands at hospitals. You may have noticed that they come in different forms and can contain varying amounts of data. What are barcodes exactly, why are there so many variations, and when does each one get used? This guide aims to explain just that.

What is a barcode?

A barcode is a set of parallel lines atop a series of numbers, letters, and/or characters that stores information. Machines decipher this form of visual data and use it to complete a task, like track or catalog an item.

What are the different types of barcodes? 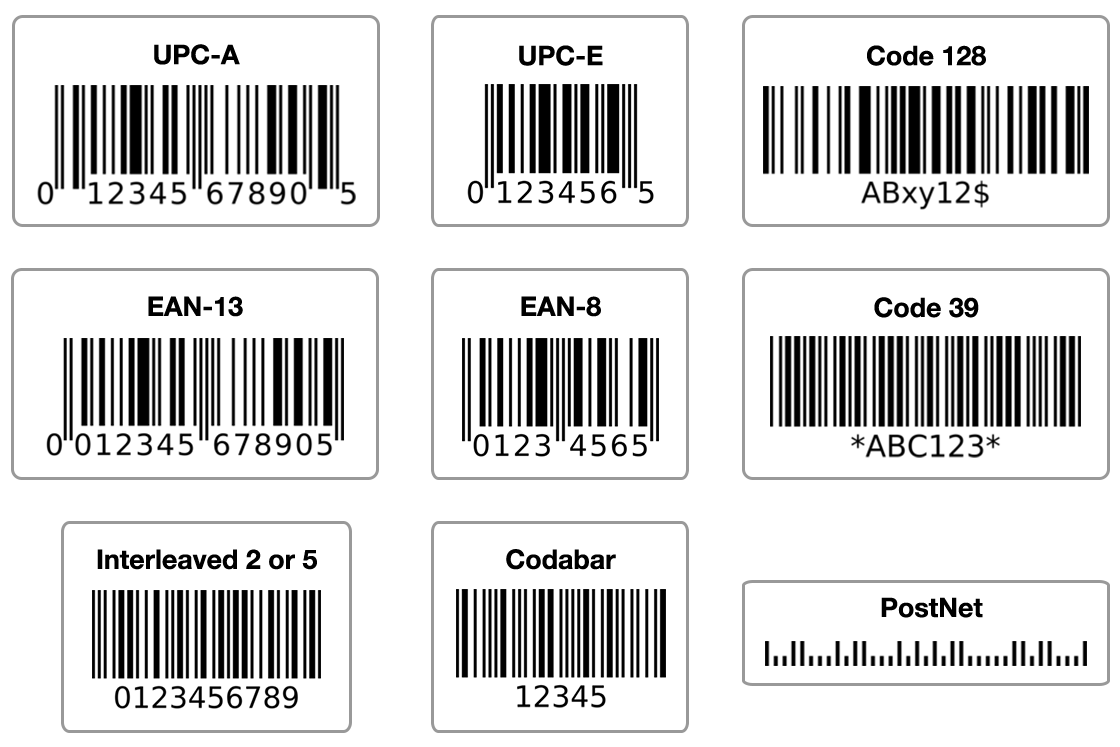 There are over a dozen different types of barcodes serving different purposes and systems all over the world. Below, we break down the most popular types.

There are two main types of barcodes used across the world for point-of-sale products: UPCs (Universal Product Codes) and EANs (formerly European Article Numbers, now International Article Numbers). These barcodes belong to a database and can be identified anywhere in the world. While many newer point of sale (POS) systems can recognise both UPCs and EANs, their use largely varies by region:

UPC barcodes are used by countries like the US, Canada, UK, and Australia. You may recognise the UPC-A and UPC-E variations as they're used on most major retail products. UPC-A is the standard version, containing 12 numbers. UPC-E barcodes are condensed versions for smaller products and contain only 6 numbers.

EAN barcodes, on the other hand, are used in most of Europe, Asia, Africa, and Latin America. It is customary to use the EAN-13 barcode (comprised of 13 numbers) and EAN-8 barcode (compressed versions containing only 8 numbers) variations.

Both UPCs and EANs are regulated by a global organisation called GS1. GS1 assigns each company a unique identification number which is then used as the barcode prefix. The product code is added to the end of the set to create a finished barcode. The barcode is then logged in GS1's system and can be referenced by any retailer.

Note: This process can be costly. You have to pay for your unique company prefix (an annual cost) and the number of barcodes you'll need to create using your company code. Because of this, creating your own UPC or EAN barcode isn't recommended if your business isn't at the "big box store" level.

Because of the regulation and database association attached to UPC and EAN barcodes, you can't create your own. Not only for that reason, but also because UPCs and EANs employ what the industry calls checksums, or check digits. Algorithms verify the data included in UPCs and EANs, so you can't use them with your own naming convention. 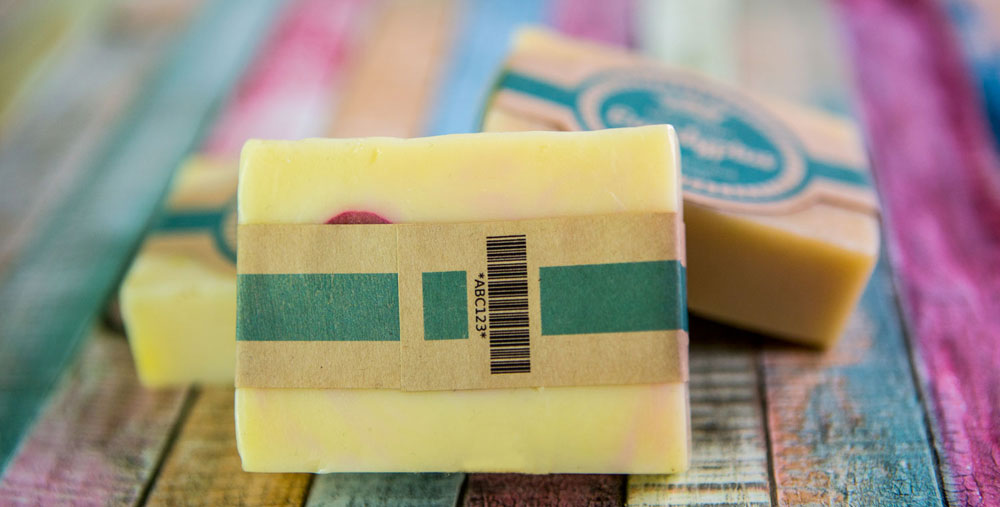 For selling your own products directly to consumers or for internal use only, Code 39 and Code 128 barcodes are likely your best options.

Code 39 barcodes are used in many internal applications. Also known as USD-3 and Code 3 of 9 barcodes, they allow numbers, uppercase letters, spaces, and the following symbols: . $ - + % /. Unlike UPCs and EANs, there is no character limit for Code 39 barcodes, so they can be as short or long as necessary to store the required information.

To create your own Code 39 or Code 128 barcodes, we recommend creating your own naming convention and applying it to every barcode you create. Because Code 39 and Code 128 barcodes point solely to your POS system or inventory list, they aren't regulated and therefore will not pull up your product information on another system. 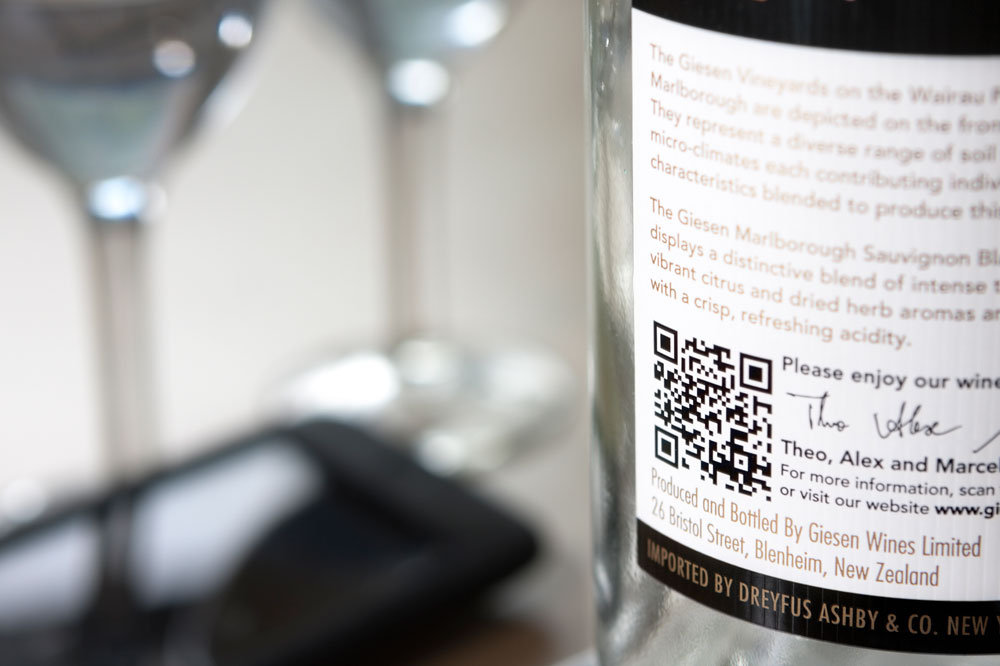 The remaining barcodes are among the most popular forms, but are used by specific industries or in particular applications.

Codabar barcodes are used predominantly in logistics-based operations like libraries, shipping companies, blood banks, and photo labs. Also known as Code 2 of 7, these barcodes use numbers, letters A-D, and the following symbols: . $ - + : /. Other barcode types today are able to carry more information, but Codabar barcodes remain popular in these industries because they are easily printable. Anything from dot-matrix printers to typewriters can create Codabar barcodes.

Interleaved 2 of 5 barcodes (or ITF barcodes) are comprised of numbers only and must include an even number of digits. Each set of digits combines to create a piece of the visual barcode. These barcodes can often be seen on corrugated boxes containing packaged products.

Postnet (Postal Numeric Encoding Technique) barcodes may not sound familiar by name, but have a distinct visual appearance. Postnet barcodes are the long barcoded strips that come printed on mail delivered through the United States Postal Service. The series of different sized bars are used to encode postcode information for postal service automatic mail sorters.

QR (Quick Response) codes are different from the other barcodes included in this list in that they're 2-dimensional. Where the barcodes discussed up to this point have all been horizontal in nature only, QR codes are squares – the data is stored both horizontally and vertically. This means they can hold substantially more data. Another difference between QR codes and traditional barcodes is their use as a customer-facing tool. Brands have been using QR codes as another way to give customers information. They can contain unique content such as contact information, text, and web addresses.

Creating your own barcodes for the aforementioned variations can be an easy process. Identify your naming convention, your 5 or 9-digit postcode, or information and let the barcode do the work. Like Code 39 and Code 128 barcodes, Codabar and ITF barcodes will not pull up your specific information on another system. Postnet and QR codes, however, can be referenced by anyone with the appropriate scanner.

How to Pack and Dispatch Heavy Items
Learn the pros and cons of using a third-party fulfillment company (like Red Stag Fulfillment) for managing online orders of large and/or heavy products.
Read More
Branding Your Small Business Shopping Bags
Advertise your small business with branded shopping bags. Find out how your business can benefit from this practice and how you can save big by using labels.
Read More
Labelling Samples & Prototypes for Tradeshows
Registering for a tradeshow or getting ready for a sales pitch? Find out how to create professional-looking packaging that will help you close the sale.
Read More

We use cookies to improve the quality of our service and deliver relevant promotional material. See Details